The team have been dropped at Kili airport and are on their way home....

Thank you so much for reading the blog. We know the team can't wait to show you their own photos and share their experiences with you too.
It's been a pleasure working with Radley again and we can't wait to welcome the next team  back to Tanzania to work with Gehandu again!
Thanks
All at Team Inspire
Posted by Inspire Worldwide at 14:03 2 comments:

Blog by Mr Hills and Mr Stobbs. It was an emotional last day at Gehandu school after a busy and hugely fulfilling week.
Following a later than anticipated departure and Joshua's (the bus driver) eclectic mix of music we arrived with a spring in our step and an eagerness to make the most of the day. Three final excellent lessons were taught before preparations began in earnest for the farewell ceremony combining cultural elements from both schools. In addition, there was added gravitas with guests of honour from the local community.
Interspersed between a number of heartfelt speeches there were performances of local dances, plays, songs and even some rapping. These were performed by various year groups culminating in the Radley boys joining the final dance with the Year 4 students, who will graduate in November. Radley returned the favour and offered a smorgasbord of culture. As well as an acapella, there was a well-received Monty Python skit, a musical standup and a rap of questionable quality! As the ceremony ended, there was the poignant planting of three new trees that will serve as a lasting symbol of the 2016 cohort. These were planted by Josh Bowesman-Jones and Jack Elvin.
After a healthy lunch in the staff room with all those who have been involved with the week, it was time to say goodbye. Inevitably, as a result of the close ties that have been forged over the course of the week, this took quite some time. Demand for pictures  was high, which came as a welcome relief for a couple of members of the team! Eventually, the bus headed out down the drive for one last time on this trip. This was carried out to a fitting rendition of 'Jerusalem'. We were joined by some of the staff from Gehandu who then accompanied us to Mbulu market.
Overall, the sentiments of the occasion are now beautifully portrayed in the mural that adorns the side of the science block. It demonstrates the close ties between Radley and Gehandu including elements from both schools motos and crests as well as the names of the pen pals  from 2016. 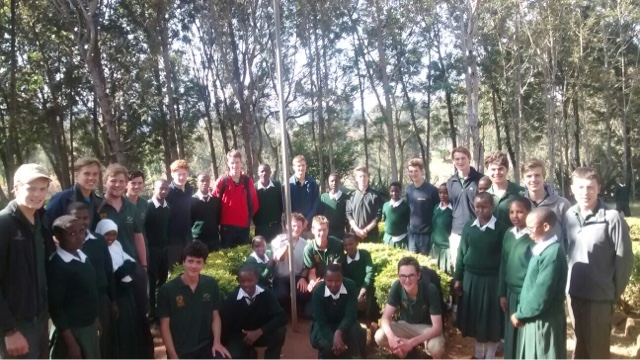 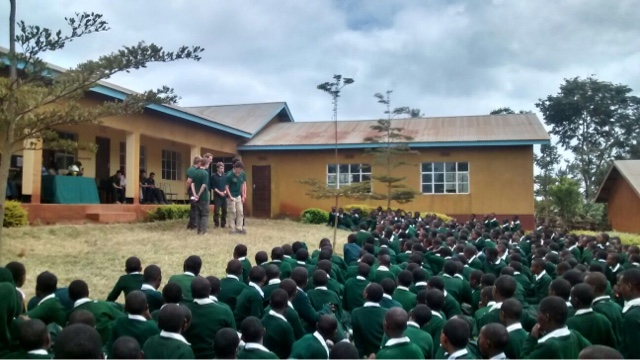 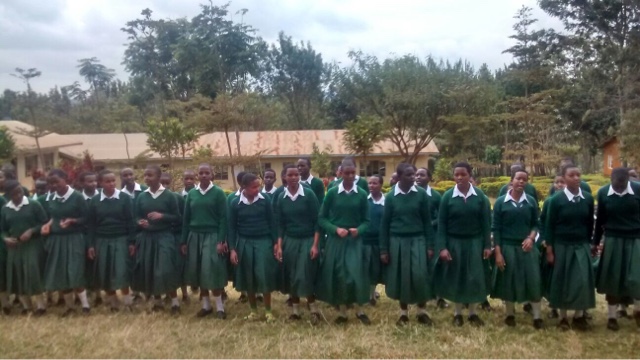 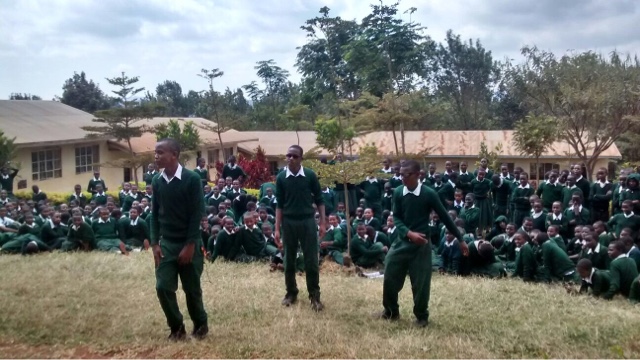 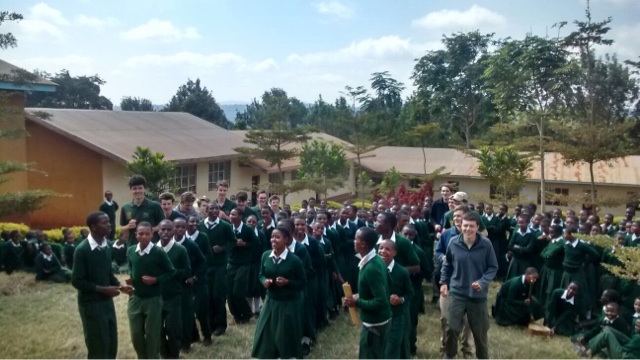 Joining in with some traditional dance 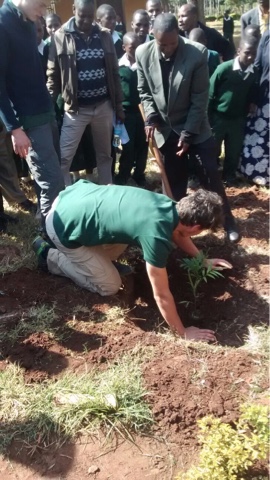 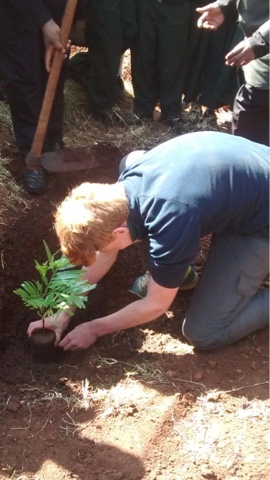 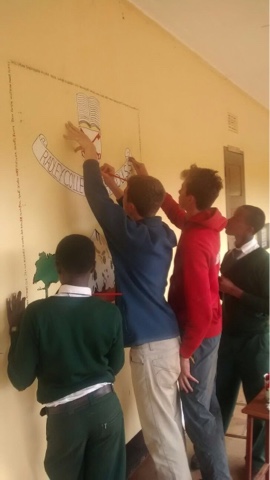 Finishing the Radley/Gehandu motif
Posted by Inspire Worldwide at 13:08 1 comment:

Refreshed after our first lie in (6:30 rather than 5:45) we headed off to Gehandu for our penultimate day of teaching.
Having spent the morning teaching we had lunch with our pen pals. Makandi it turns out is a rather bland but filling dish.
After a close defeat in the penalty shoot outs we proceeded to receive a jolly good drubbing on the volleyball court.
Returning to the seminary to play yet more football against the formidable 'seminary boys'.
Finally unshowered and fragrant we headed for a special meal of pork (the first of the trip).
TD and Atticus 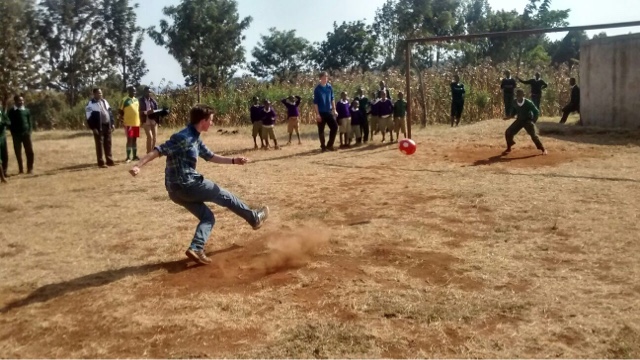 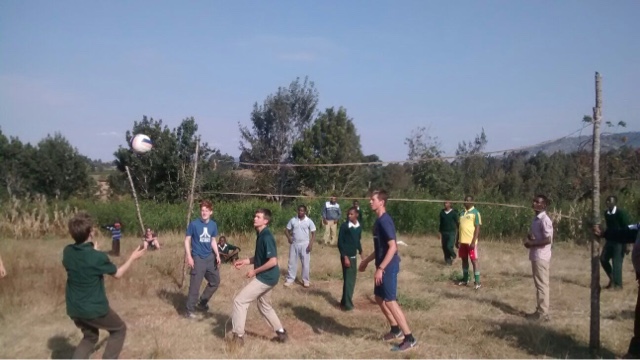 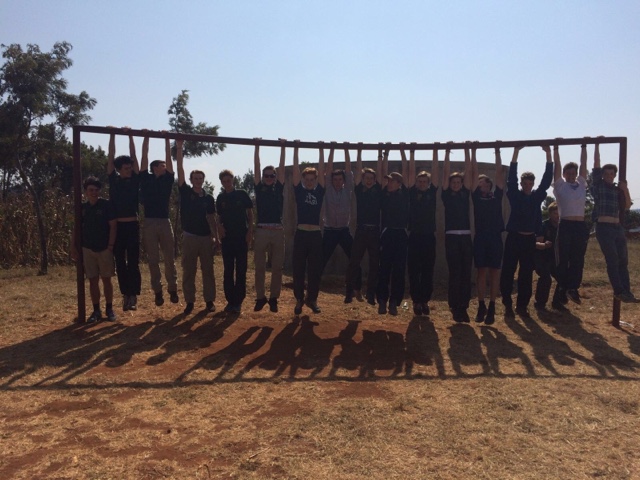 Blog: 5:45 again. Luxury breakfast consisting of sweet pancakes which was a blessing. The day started at Gehandu with us all thrashing some beans.
Team H Social's Bio lesson could not have gone better while others helped students use computers for the first time.
With a bit of time to spare in between lessons, we whipped out the UNO cards and a few prepared their debate speeches for later.
Lunch was served - a generous meat dish complimented with a fizzy pop. The sun came out, and all students gathered outside in anticipation of the Annual Radley-Gehandu debating brawl.
Almost immediately, the debate heated up after a confident and vocal Gehandu audience member silenced Cameron Makin during his speech.
Suited and booted for football, the 'Radley on tour' 11 took to the field. The game was close with some fantastic skill and sportsmanship displayed from both sides.
We ended the day with supper and some interesting reflections on the visits to pen pals' homes. By George Eaton. 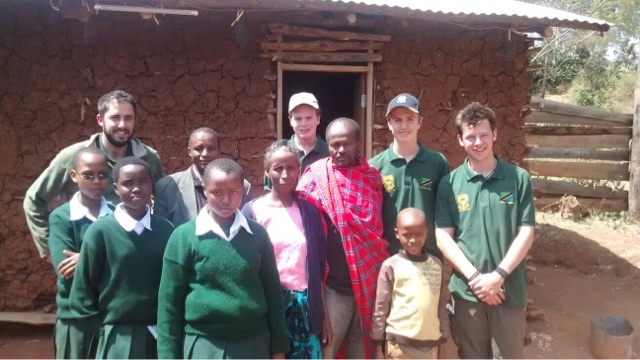 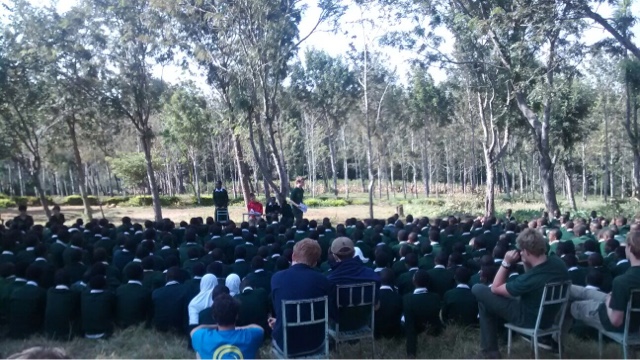 Blog: It was an early start, 5:45 to be precise. Followed by a swift breakfast to get into Gehandu early to do some chores, involving watering the vegetable patch, an experience for Gent.
More lessons were taught today involving the clubbing of Archie to death by a Masai warrior (Charlie).
An interesting visit to the home of a local student put things into perspective. The highlight of the day however was the two football matches. Firstly the game of mixed Radley and Gehandu teams ending in a tightly fought 2-2 with frequent offsides. Then to the main event, drawing a crowd bigger than bigside has ever seen. The uneven turf and unorthodox style of play proved difficult for Radley, falling behind 1-0 at half time.
Radley played route one in the second half and Jack Elvin scored with a 20 yard bobbler to level matters.
Under a hot sun, fatigue set in for both teams, but Gehandu made it 2-1 with a fine passing move. With 10 mins to go, tactical genius from the gaffer saw Radley draw level, with a tidy finish from O.M-H. Final score 2-2.
Penalty shootout to follow on Thursday......Better rest those tired legs.
By Archie and Charlie
Posted by Inspire Worldwide at 12:57 1 comment:

Dear all
We have been keeping a close eye on the situation in Turkey over the past few days in regards to the boys flight home on Sunday.
We have now been asked by Radley College to let you know that after careful consideration the College have made the decision to go ahead with the original planned flights home.
This is based on speaking with flight agents and also the Foreign and Commonwealth Advice (FCO):
Istanbul airport is back to normal operations and Turkish Air flights are departing as planned.
The FCO does not advise against travel to Turkey or transit through Turkey- so there is no advice or recommendation to avoid travelling back home via this route.
Obviously the College and Inspire are keeping a close eye on the situation and if anything changes we will of course let you know but please assume that otherwise the boys will be returning home on the same flight as planned.
With best wishes
Team Inspire
Posted by Inspire Worldwide at 08:35 1 comment:

Blog by Josh and Alex.
First day of teaching done! At the start of the day we had assembly with the whole school where we all introduced ourselves, except Will Caplan as he forgot his own name.
Mr Jewell also impressed with his little speech in Swahili. All the lessons today went well despite one Gehandu boy getting a little too much into his role play and in fact, bolting from the classroom and over the hill.
It was quite hard to get the students interacting in the lessons at first, especially the young ones. However, as they became more comfortable with us and our teaching style, they really got into the lesson.
As well as teaching lessons in the classroom, some of us also gave lessons on using the computers at Gehandu, improving their skills on Excel and Word as well conquering hangman and exploring Google Earth.
A few boys visited the local primary school, Titiwi, where we sang some songs (head, shoulders, knees and toes) and played a fierce game of volleyball.
The little munchkins were incredibly energetic and inquisitive, which also included the stroking of Radley boys' hair.
We also had a tour of Gehandu where we were able to see some of the things that the school had been able to buy with the funds raised by recent trips.
We left Gehandu and came back to the Seminary to throw ourselves into battle against the Seminary students in a game of football. Thanks to a stunning cross from Tom Rutherford, we sauntered away with victory. Our football tactics were masterminded by first time gaffa Charlie Williams.
After football, we had a delicious supper and we then headed off for an early night.
Finally, happy birthday to my brother, Harry Bowesman-Jones, I'm really sorry that I'm not there, I hope you had a good day! 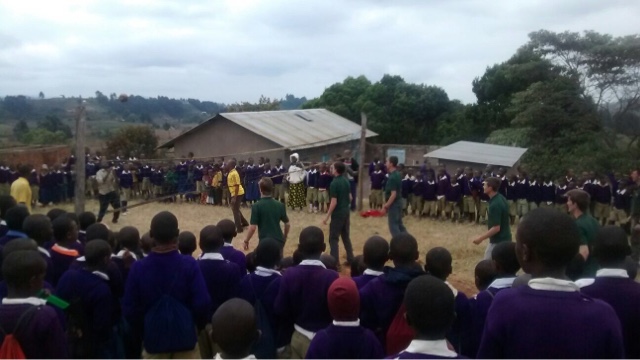 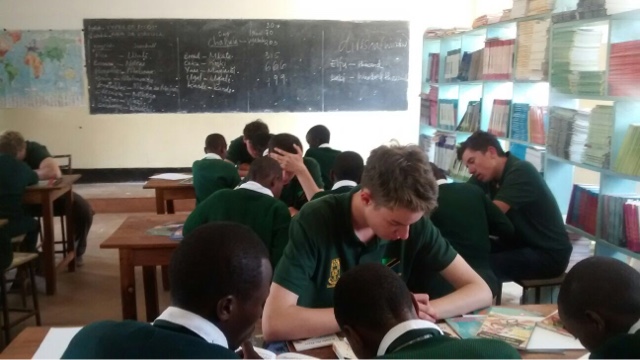